Seven times Bitcoin miners made the world a better place

BTC mining and the miners, themselves, seem to be doing more than just securing the Bitcoin network.

What do a swimming pool, beef jerky, a caravan, timber, animal waste, a Guatemalan lake and a high school have in common?

They’ve all been saved by Bitcoin (BTC) mining. From reusing “waste” heat to getting the job done — to receiving a cool blast of air to dehydrate meat, to cleaning up pollutants, Bitcoin mining does more than just secure the network.

Here’s a round-up of seven times Bitcoin mining lent a hand or simply made the world a better place.

Sustainable Bitcoin mining company Merkle Standard has taken Bitcoin mining education into its own hands. In partnership with Bitmain, they recently gifted the latest in Bitcoin mining technology to Newport High School, a high school in Washington state.

Plus, they donated $10,000 and are promoting education about Bitcoin in the hope that it will, “plant a seed that encourages lifelong interest in blockchain and digital mining.”

Along with the check, Ruslan Zinurov, Merkle Standard’s CEO, told Cointelegraph that they will also invite students to their “data center to check on their machine that is hashing to their school’s wallet.” Zinurov told Cointelegraph:

“It is our top priority to get the community excited about Bitcoin and we can’t think of a better way to do this than to educate the local students.” 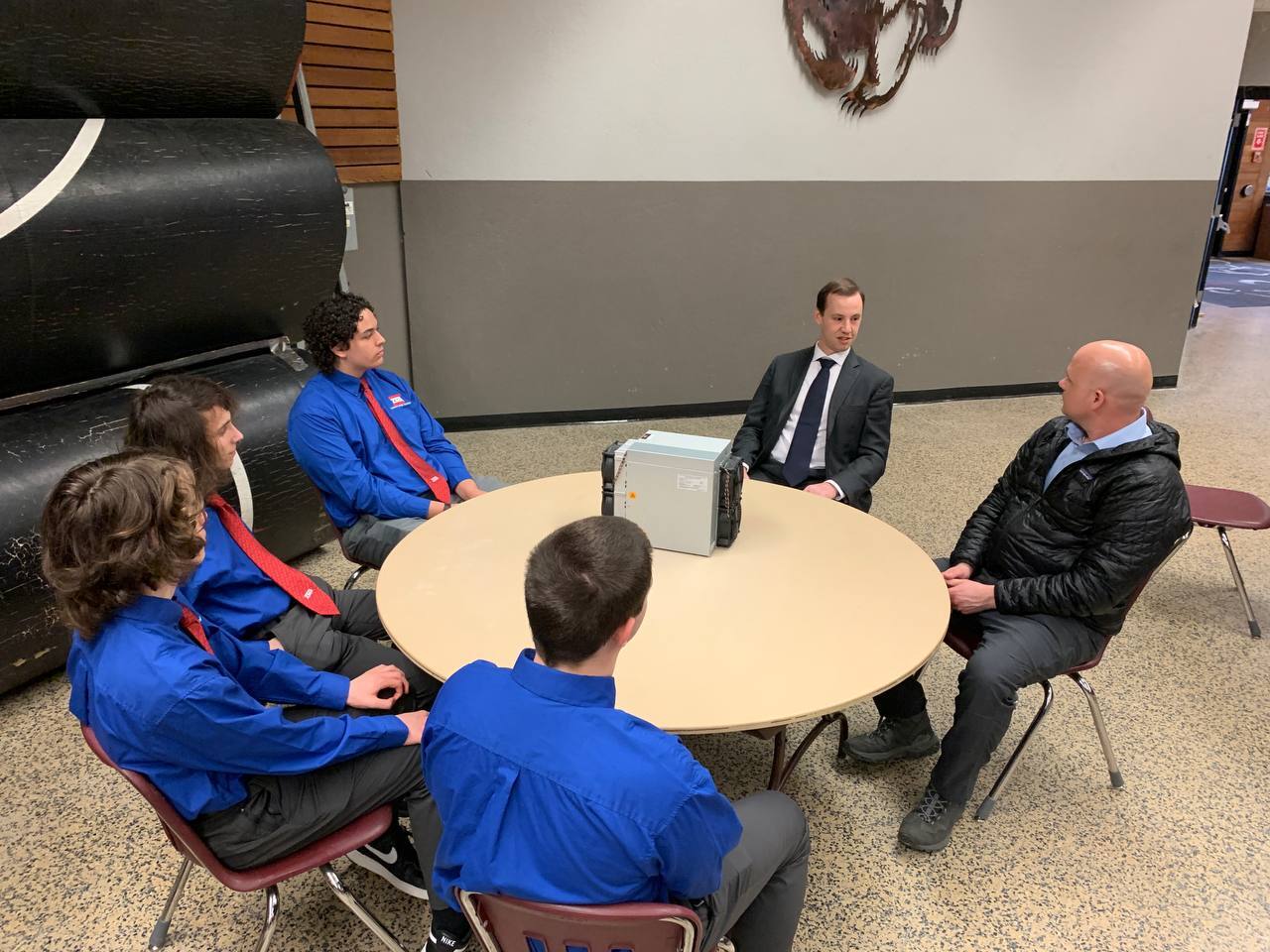 Adam Delderfield from Bitmain in the suit, and Monty Stahl from Merkle Standard with the students. Source: Bitmain

Bitcoiner Business Cat, who wishes to remain nameless, uses the heat vented by Bitcoin mining to dry out meat to be made into beef jerky. They told Cointelegraph, “Bitcoin miners have one hell of an excess of supply of dry, heated air,” so it makes sense to funnel that heat over strips of beef to make jerky.

Similar to Merkle Standard, for the Business Cat, the jerky cooking process is not about making money: “My normal food dehydrator uses much less energy than an S9, but hashpower dried jerky just tastes better.”

They told Cointelegraph that “the support of the plebs on Bitcoin Twitter” persuaded them to try out the idea. They joked that “most of us Bitcoin plebs are natural loners, so a few words of praise or support from others on the path goes a long way.”

The Bitcoin community is increasingly supportive of ideas that promote Bitcoin philosophy and Bitcoin-only ideas, from a Bitcoin hostel in Portugal to a Bitcoin lake project in Guatemala. 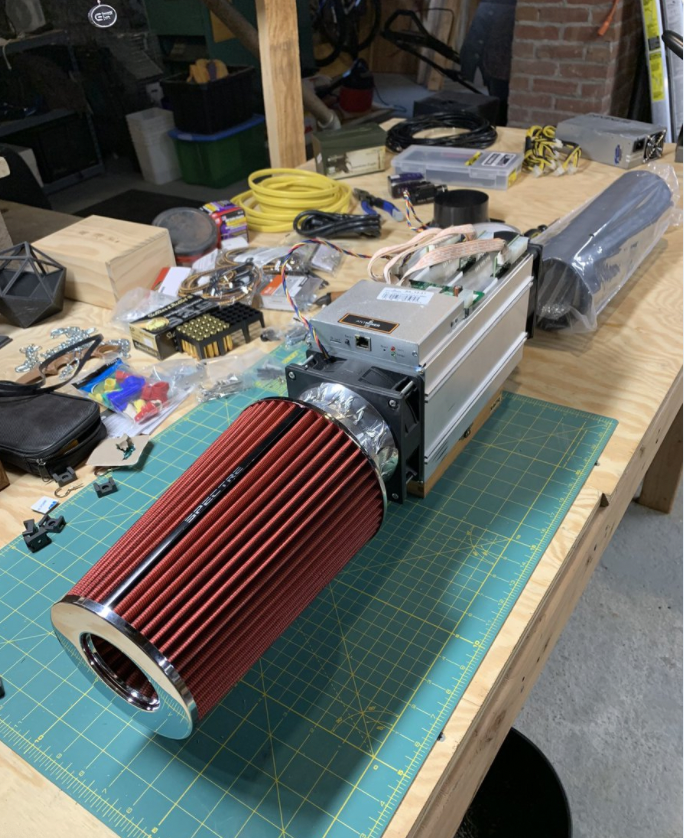 The modified Bitcoin miner that cleans the air while funneling it for use on food. Source: Twitter

Business Cat is delighted with their experience and suggests others take up home mining. They combined life advice with Bitcoin mining advice explaining to Cointelegraph:

“Should you mine Bitcoin at home? Yes. Should you learn to be a better chef? Also yes.”

Bitcoin enthusiast Jonathan Yuan found a cheaper, faster and more stable way of heating his swimming pool in Minnesota, all thanks to Bitcoin mining.

Thanks to immersion heating, Bitcoin now powers up his pool. Even though Yuan doesn’t care for swimming, his kids are happy to swim in the pool while he secures the Bitcoin network. 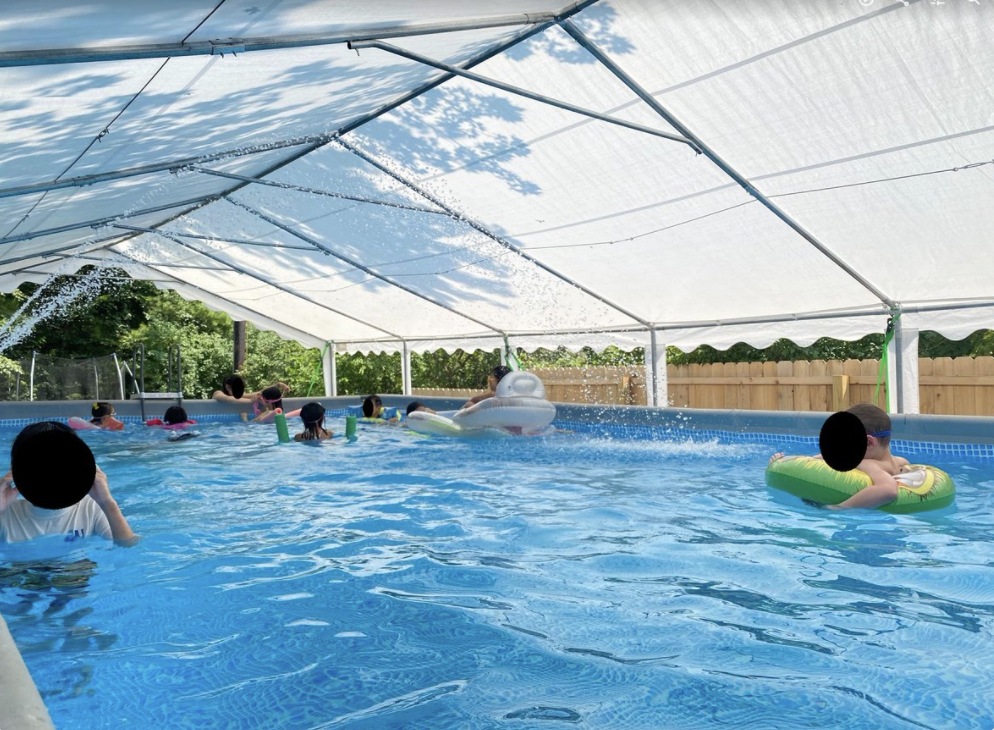 Yuan told Cointelegraph that the whole experiment went so swimmingly that he’s now planning on heating “the whole house.”

Michael Schmid is a well-traveled, savvy Bitcoiner. When his caravan’s propane gas heater broke down, he refitted the vehicle to be warmed by the “waste” heat from an S9 Bitcoin miner.

Schmid told Cointelegraph that he saves “around 50% of the propane costs, which is around $2.7 per day.” 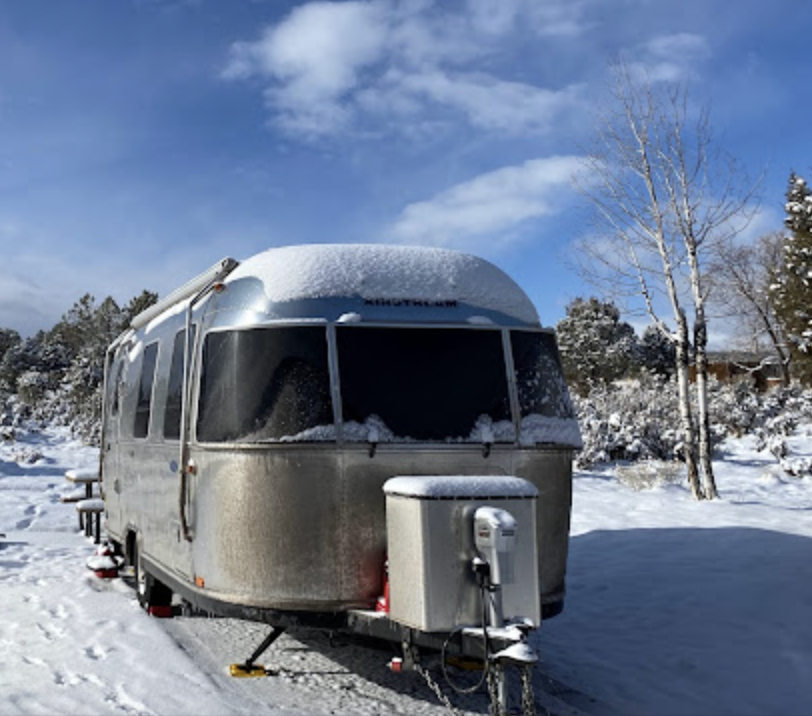 Schmid’s airstream kept warm with a Bitcoin miner, in a box just behind the wheel. Source: Schmid

Plus, a kick in the teeth to the anti-Bitcoin environmentalists — heating the Schmid family airstream with Bitcoin rather than propane gas is better for the planet.

“Our Airstream has solar panels on top of it that can generate up to 400W of energy, so technically of the 1400W that the miner uses, 400W of them are self-generated and fully renewable.”

Kryptovault is a Norwegian Bitcoin mining company with arguably the greenest credentials among any industry. Powered by 100% hydropower, the energy it uses solves valid blocks on the Bitcoin blockchain and the heat generated by the miners blows over damp logs from a local timber mill. 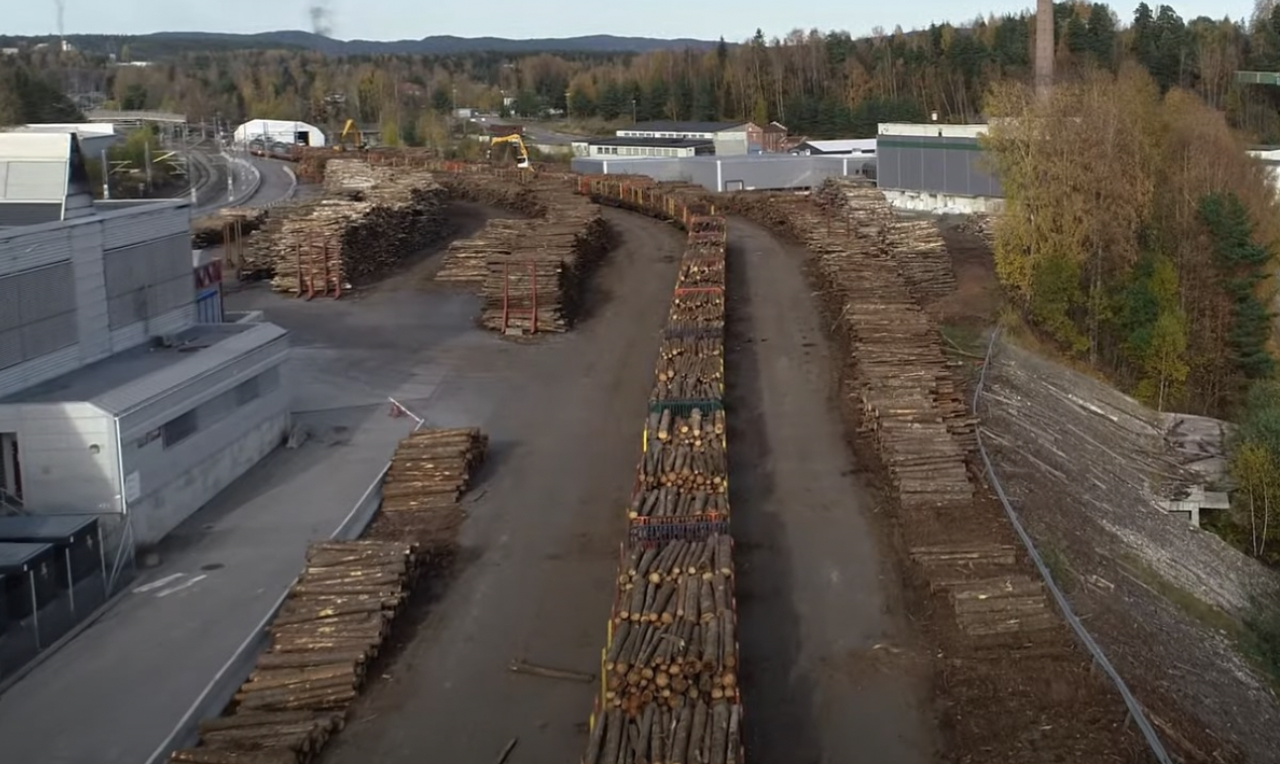 In a video made by the company, Sveni Bjerke, CEO of local firewood company Varma, which receives the miner-dried logs, says that they are “only using excess heat from the data center.”

The environmental success of the project has spurred further partnerships. Kjetil Hove Pettersen, CEO of KryptoVault, told Cointelegraph that drying out seaweed for local companies is coming soon, and they are “constantly looking for new ways of utilizing our waste heat.”

“ As we know, energy is never truly lost, it only changes form. So this is a way of us to utilize this energy twice and support other local industries in the process. I can’t think of any better industrial use-cases than what we are doing.”

In south Guatemala, a team of Bitcoin miners donated an S9 to the local mayor and the mining proceeds are being used to repair a wastewater treatment plant. 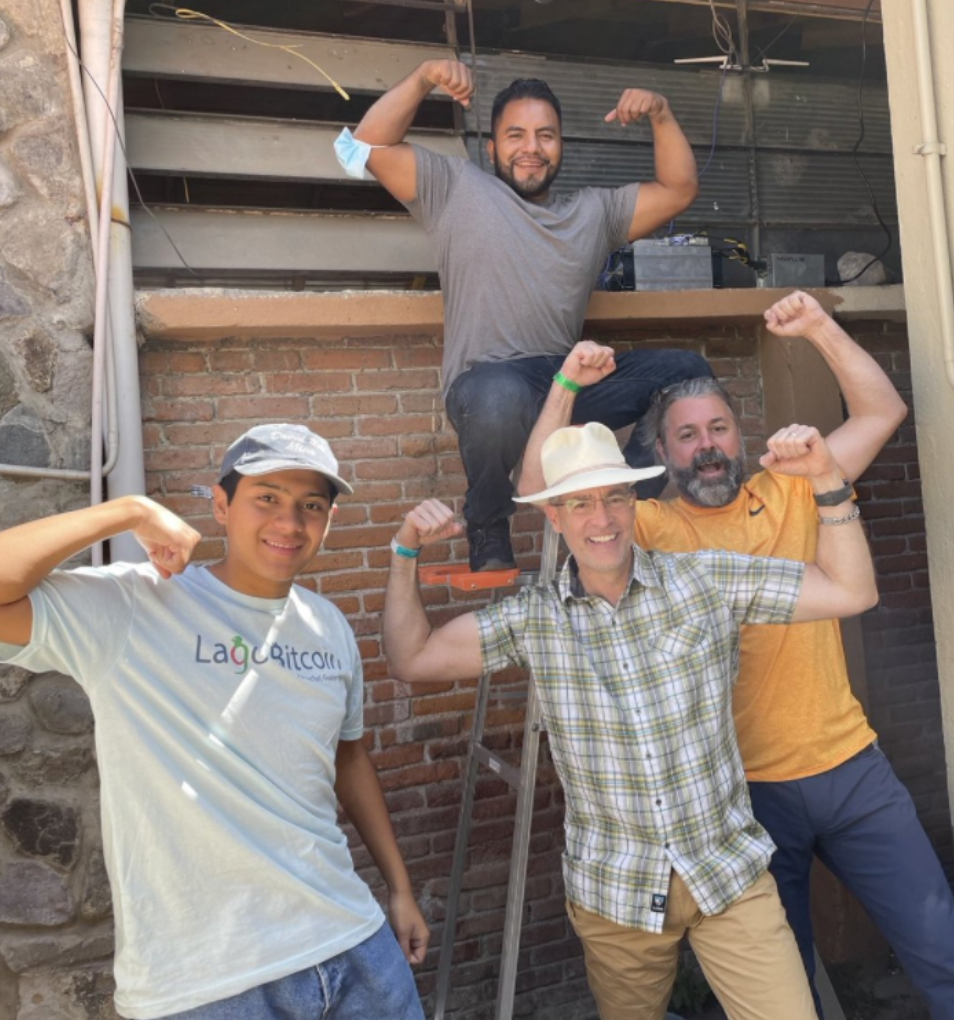 Bitcoin mining in the economically disadvantaged region has boosted incomes while improving the air quality.

Plus, as Bill Whittaker, a co-founder of Bitcoin Lake, told Cointelegrpah, the team is “self-funding carbon-negative Bitcoin mining R&D.” Two high school students, Madaket and Kate, are planning a trip down to “LakeBitcoin in early May to deliver the S17s they have been working on.”

The Bitcoin miners they bring will join the first Bitcoin miner, and naturally will be powered by renewable energy — in this case, biogas. Biogas is growing in popularity as an energy source for Bitcoin mining. 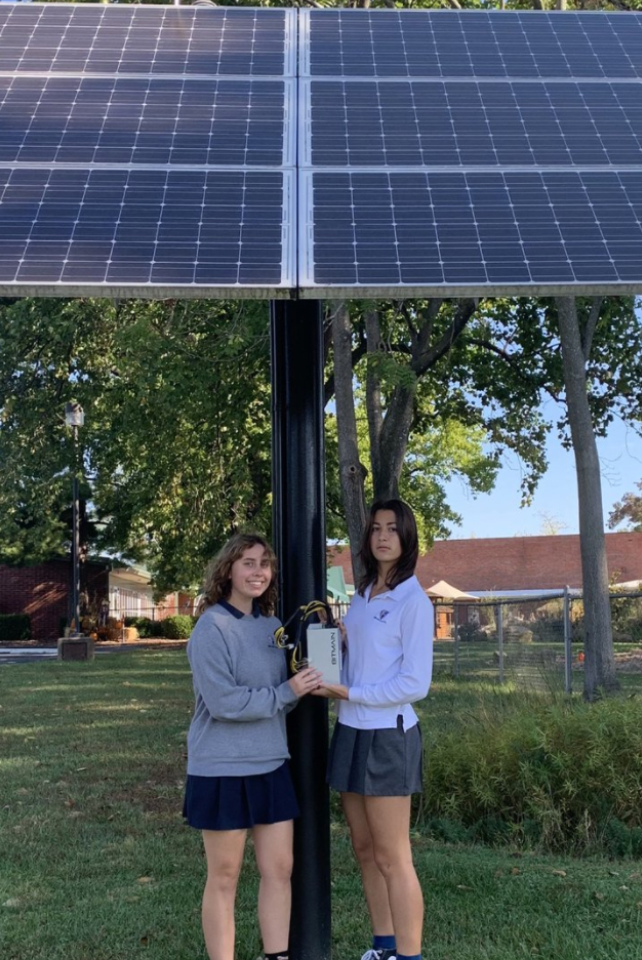 Madaket and Kate posing with their Bitmain miner under a solar panel. Source: Whittaker

A greenhouse in the Netherlands is heated by Bitcoin miners rather than natural gas. That’s according to Bert de Groot, founder of Bitcoin Bloem. 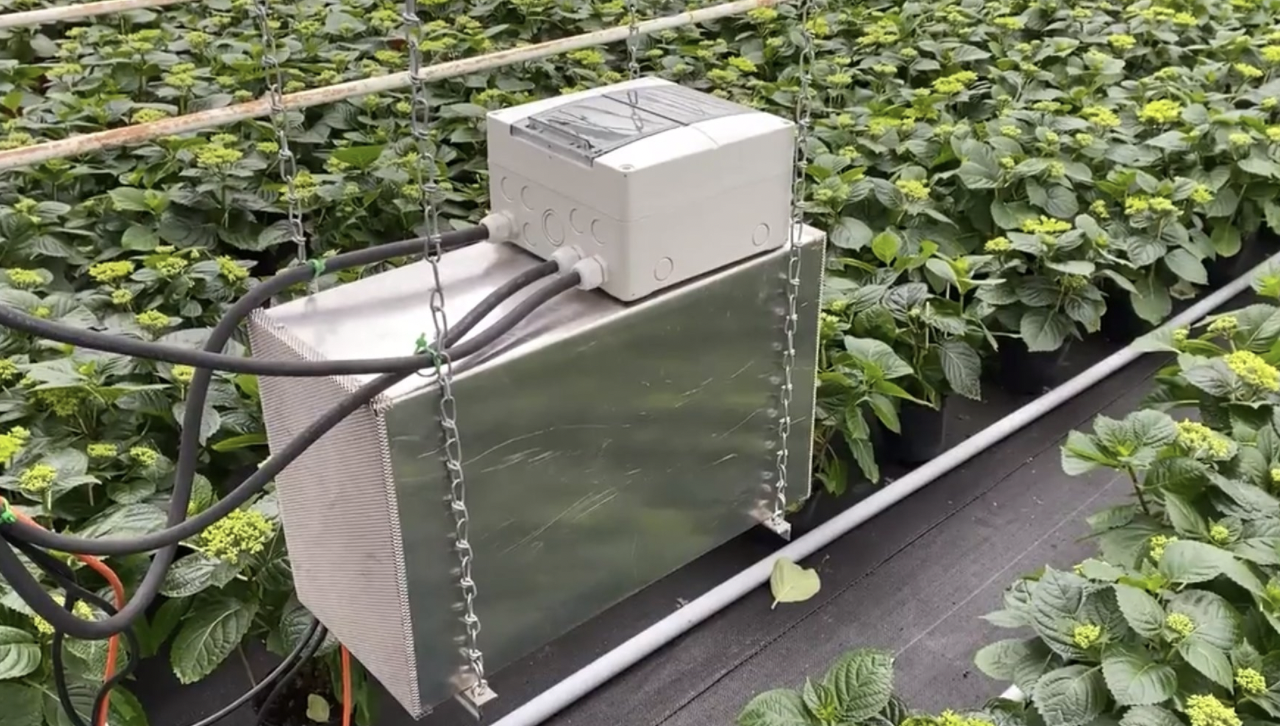 In partnership with a large greenhouse, they “placed a Bitcoin miner to reduce the use of natural gas, the prices of which have skyrocketed, and heat the greenhouse with miner heat instead.” De Groot continued:

“The family that owns the greenhouse first put electric heaters because of the 6x cost of natural gas, they now get paid for their electricity, which is used for mining, and receive the heat for free.”

It’s a win-win situation. After all, who can say no to flowers? 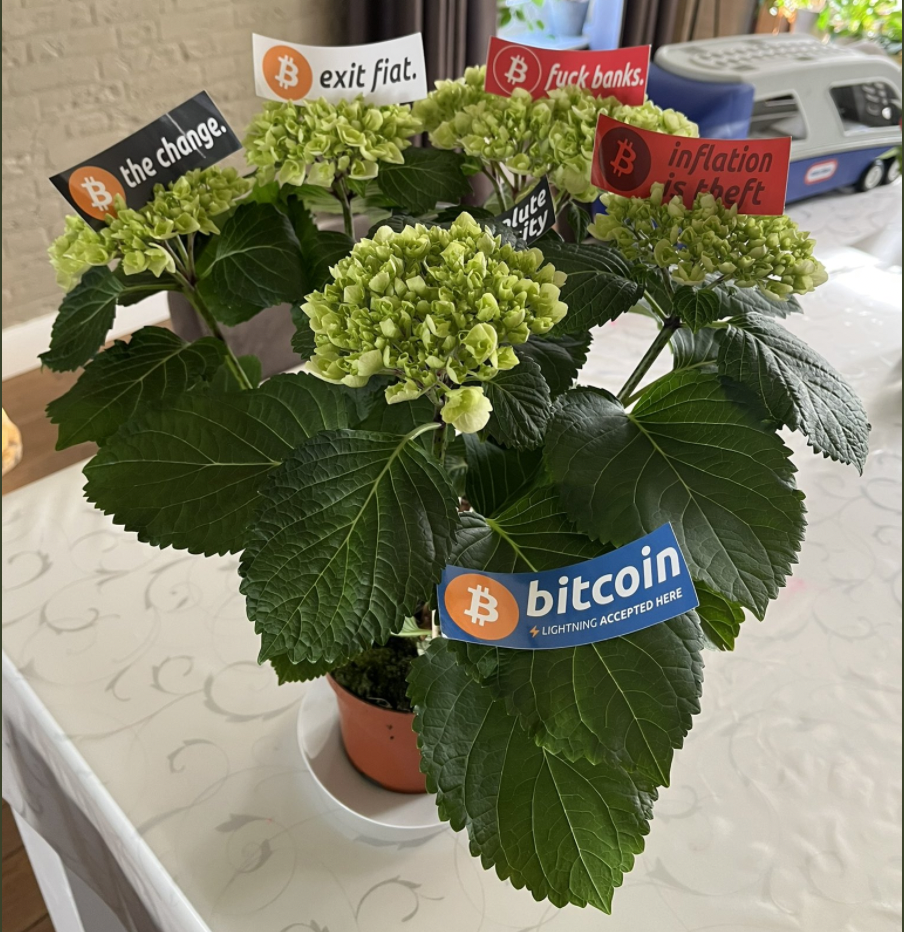